Founded in Providence, Rhode Island in 1784 as a Quaker Friends School, Moses Brown School is one of the oldest preparatory schools in the country. Based on the principals of the Religious Society of Friends (Quakers), the schools’ mission promotes community, spirituality, responsibility, and stewardship. The arts play an active and important role in supporting that mission, and the school operates an exhaustive production schedule featuring 17 different musical and performance groups throughout the year. Students are encouraged to write, direct, act, and even design and build sets and costumes for school productions ranging from full-scale dramatic works, symphonic and choral concerts, and dance performances. The school needed a venue that could support all those performances as well as weekly religious services, community groups, and school assemblies.

Collaborating with architect Durkee Brown Viveiros Werenfels, and acoustician Acentech, Theatre Projects worked to design the new 34,000-square-foot Woodman Family Community and Performance Center, which not only stands as a beautiful addition to the school’s campus, but also gives the performing arts department room to grow, inspires creative flexibility, and nurtures a new generation of artists.

The centerpiece of the arts center is an incredibly flexible 550-seat courtyard theatre. To accommodate the school’s a rigorous arts and events program, Theatre Projects designed the room with highly adaptable staging, seating, lighting, and rigging systems. Combined with flexible audio-video components, designed by Acentech, and adjustable acoustics devices, the school can readily meet its demanding schedule like never before.

“Flexibility is their strength,” Millie Dixon, Theatre Projects’ project manager, said, “This is a huge step forward from what the school previously had. They have so much room now to grow their program and take it in any direction they want it to go.”

Theatre Projects designed the courtyard theatre to transform from theatre set-up to flat floor with minimal time and effort. The theatre features a shallow stage and an orchestra pit composed of mechanically-assisted NIVOflex® platforms, which rise from pit level to floor level. Across the back half of the room, a set of retractable risers with fixed seating folds seamlessly into the rear wall. Removing the railing from the side boxes completes the transformation. The room can also be arranged in different proscenium, thrust, and arena configurations.

The intimate theatre features side boxes and galleries, which wrap the audience around the room. This intimacy creates impactful performances and gives student-actors an appropriately sized space they can successfully fill with their voice and presence, helping them grow as performers without the intimidation of a cavernous auditorium.

Along the theatre’s western wall, a large double-height window opens the room to views of the school’s 33-acre campus. MechoShades® along the window raise to flood the room with light for Sunday morning services or lower to blackout the room for a Friday night film.

Aside from staging and seating flexibility, the room’s five catwalks offer numerous rigging and lighting options as do the new incandescent and LED lights. Backstage, a counterweight rigging system is operable even for novice users, and five motorized linesets are used for hanging electrics, lighting, pipes and curtains. Theatre Projects designed a demountable pin rail, as well, so the users can move rigging motors as needed. Considering the relative experience level of the users and the theatre’s planned use as a community space, Theatre Projects ensured that the theatre’s equipment was designed for all people regardless of experience level.

“They’ll have a lot of fun playing with the space and figuring out everything they can do with it,” Millie, said. “They’ll be surprised just how far they can go.”

Theatre Projects designed the building with cable passes running to the classrooms, rehearsal rooms, and other support spaces, giving the facility building-wide connectivity, including off-stage audio-video monitoring. The cable passes also provide an element of future-proofing as they allow the school to easily upgrade as technology changes without tearing up floors and walls.

The $13 million arts center also features an indoor/outdoor café and lounge, lobby, scene and costume shops, classrooms, dressing rooms, and rehearsal space. An adjacent library was also renovated as part of the recent project and connects to the theatre by way of a pedestrian bridge.

“Moses Brown students needed a central space where they could hang out, that could be a social hub on campus, but also somewhere they could collaborate, be creative, and form the kinds of bonds that come from working with each other,” Scott Crossfield, theatre designer, said. “The fact that the theatre is flexible enough to do just about anything makes that kind of artistic and personal growth very attainable.”

Though much has changed since 1784, to this day the Moses Brown School still ascribes to the Quaker tradition of, “nurturing and celebrating each child’s special gifts, talents, and identity.” With their new performing arts center and the boundless opportunities it provides, the talent, identity, and spirit of its students is ensured a foundation to not only grow, but flourish. 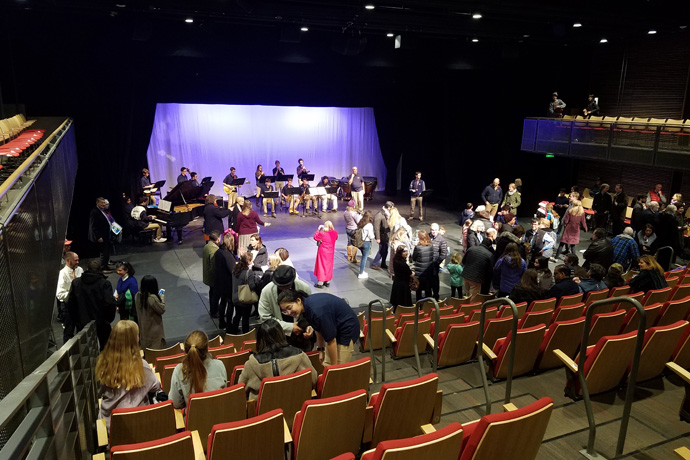 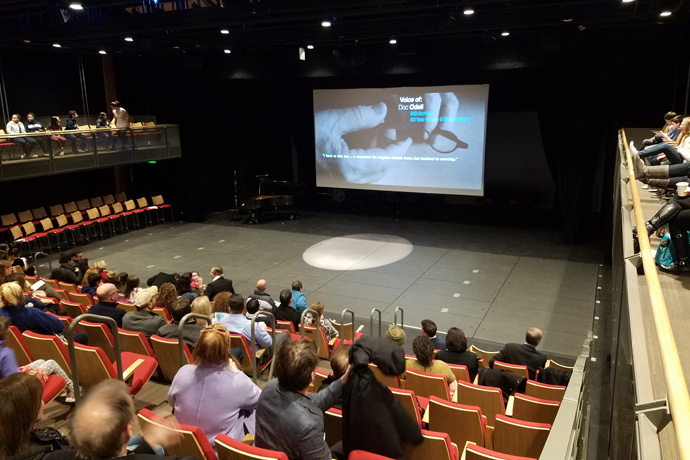 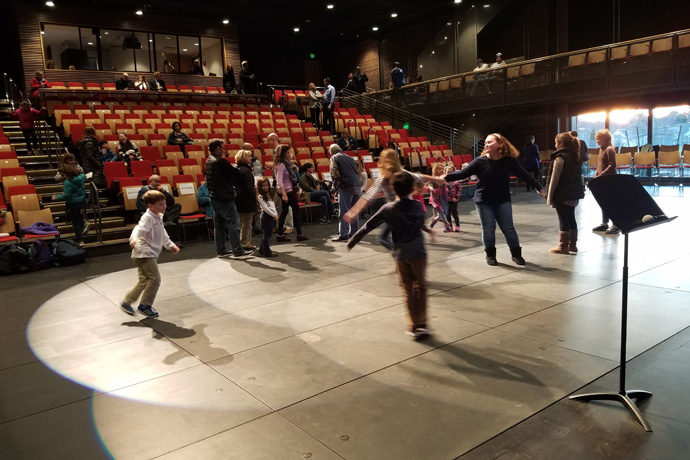