Our own Jim Niesel and more than 25 other members of the Long Reach Long Riders are set to take off for the group’s annual week-long charity motorcycle ride from June 23rd through 30th. For the last fourteen years, the organization—a group of performing arts professionals, theatre technicians, and motorcycle enthusiasts—have held yearly rides through scenic locations across the United States, and in the process, raised thousands of dollars for charity.

The public pledges donations for a rider, riders, or the whole group and can direct the donation toward one of two charities: Broadway Cares/Equity Fights AIDS, which helps provide HIV/AIDS medication, health care, meals, counseling, and financial services, and Behind the Scenes, which provides financial support to performing arts and entertainment technology professionals (and their families) in cases of injury, illness, and hardship.

“I’ve been lucky enough to have joined the ride four times now. It’s a great bunch of guys and gals and a terrific set of charities,” Jim said. “I’m a big fan of Behind the Scenes and personally know a couple of folks who have benefited from it in a time of need. I also think it’s a great way to give something back and support the creative and hard-working folks who make the art in the buildings I help design.”

This year’s ride—dubbed the Gap and Notch Tour—will begin in Manchester, New Hampshire and cross Vermont, Massachusetts, New York, and Connecticut through mountains, farmland, and curving roads, traversing more than 1,500 miles of roadways, ending a week later back in Manchester. Highlights of this year’s ride will include Mt. Washington, Lake Placid, and the Ben and Jerry’s Ice Cream Factory.

Long Reach Long Riders have raised more than $450,000 for the respective charities since their first charity ride in 2004. Their marathon motorcycle rides have taken them through some of the most scenic and sometimes treacherous locales in the country including the American southwest, up the California Coast, through the Ozarks, and nearly everywhere in between. 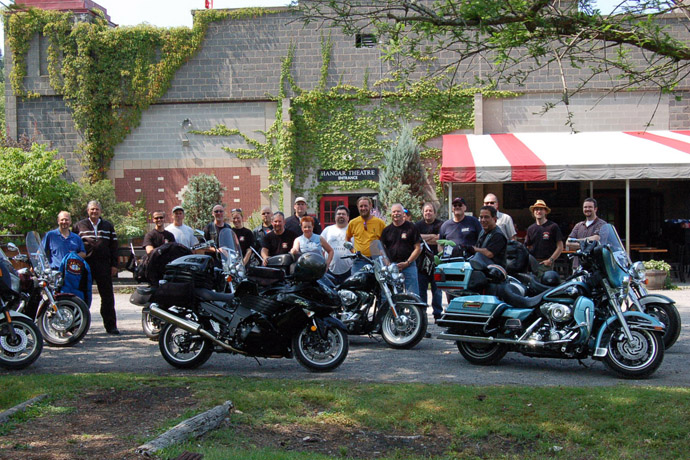