In the late 1990s, the Universidad de Guadalajara developed a plan to create one of the world’s most wide-reaching and comprehensive cultural districts. That vision has been gradually taking shape ever since as the university has opened a touring venue (2007), public square (2010), and library (2012), and, with several other buildings currently in construction.

Now, with the opening of Conjunto de Artes Escénicas, a beautiful multivenue arts center, the university’s long-held vision is closer than ever to reality. With a set of versatile spaces for large-scale touring acts, student-produced works, performing arts education, and community arts groups, the university can rightfully claim one of the finest and most versatile cultural districts in Mexico.

Theatre Projects collaborated with arquitectura 911 and Akustiks on the 390,000-square-foot facility, which features four performance spaces, gathering and event areas, a cinema, and a café.  We were involved with the project through the completion of design, providing programming, concept design, and theatre planning.

On October 23, the public was welcomed into the $80 million facility for the first time, and legendary tenor Plácido Domingo performed to a packed house to mark the occasion. Standing on-stage in the center’s mainstage theatre, officials announced that the 1,800-seat venue would be named Plácido Domingo Hall—an honor the singer graciously accepted.

“Plácido Domingo Hall is one of Theatre Projects’ most intimate theatres,” Scott Crossfield, theatre designer, said. “When we first conceived the room, we drew an exceptionally intimate opera house form by ‘peopling the walls’—wrapping the performers in a warm embrace with the audience.”

The infrastructure and flexibility the project team designed into the theatre helps the university meet the creative and logistical needs of each artist and performer—from equipment-intensive touring groups and multi-set productions to the small armies that accompany them. The theatre features three balconies and side boxes that step down toward the stage. The stage has two orchestra pits and a demountable tip-and-fly orchestra shell. With 80 linesets, adjustable acoustic curtains and travelers, and state-of-the-art lighting and AV systems, there are very few creative challenges the theatre can’t meet.

“We designed these theatres so the university can meet their needs, not just today, but for decades down the road,” Jules Lauve, project manager, said. “Future-proofing in this case meant designing venues with sufficient structural and electrical power capacities and cable management that would allow for expansion—giving them the infrastructure to grow and make room for performance types that haven’t even been imagined yet and to run cables and connectors that don’t even exist today.”

For smaller-scale touring acts, dramatic works, live music, and student-led productions, we designed a complementary 900-seat multipurpose theatre. The venue features two stepped-down balconies, two orchestra pits, a demountable orchestra shell, adjustable acoustic devices, state-of-the-art lighting and AV systems, and a full stagehouse with 50 linesets. The robust functionality of the room delivered in a smaller package gives the theatre an elegant balance of versatility and intimacy and makes it the perfect complement to the 1,800-seat Plácido Domingo Hall.

“Leading the design of the performance spaces for such an important institution was a significant responsibility,” Jules said. “We’re the theatrical conscience of these projects. With our understanding of these spaces—knowing the little details about what makes them work—we’re in a special position to create exceptionally usable and dynamic theatres.”

Those little details in the Conjunto de Artes Escenicas include the aisles in the 1,800- and 900-seat theatres, which follow convex lines from the entrance to the stage front. The benefit of curved aisles, Jules said, is subtle but important. “If the aisle is a direct line from stage to exit, the energy on stage just evaporates—like it’s pulled straight down the aisles and out of the room—it’s an odd bit of theatre feng shui, but it’s a fact.”

“We strive to ensure those little details make it through to opening night,” he said. “It would be easy for those things to be changed as the project moves along—it’s cheaper or easier to build them straight—but it would be a big mistake. There are a million details like that and we fight for them.”

The fourth performance space in the building is an incredibly intimate 220-seat endstage theatre, designed specifically for dance, but well-suited as an arts classroom and theatre lab for rehearsals, drama classes, and workshops.

The facility features a full range of support spaces including more than two dozen dressing rooms, three green rooms, and a performers’ lounges. We programmed the support spaces as accessible, multi-functional rooms that could accommodate a range of users, even as simultaneous performances occur. The center features dining, event spaces, public gathering areas, a cinema, open-air terraces, and a jazz café, which help it function as more than a center of performance, but as a gathering place and focal point for the Jalisco community, and an incubator for the arts.

Theatre Projects also designed the venue across the street from the Conjunto de Artes Escenicas—the Auditorio Telmex. A roadhouse for large-scale touring acts, the theatre opened in 2007 and features movable side walls that can expand the seating capacity from 3,000 to 10,000.

Other elements of the multi-facility arts district—known as the Centro Cultural Universitario—  include the Biblioteca Pública del Estado de Jalisco (the Public Library of the State of Jalisco) and two facilities currently under construction: El Centro de Instrumentacion Transdisciplinaria y de Servicios (The Center for Transdisciplinary Instrumentation and Services) and the Museo de Ciencias Ambientales (The Museum of Environmental Sciences).

Since the idea for Guadalajara’s cultural district was first envisioned, the promise of cultural, educational, and economic growth that would accompany it has gradually come into focus. The ability for the arts to sustain and enrich applies not only to individuals, but to communities and institutions too, and with each artistic connection made in the new building—each concert, event, and gathering—University of Guadaljara students and the people of Guadalajara will grow more connected and richer. 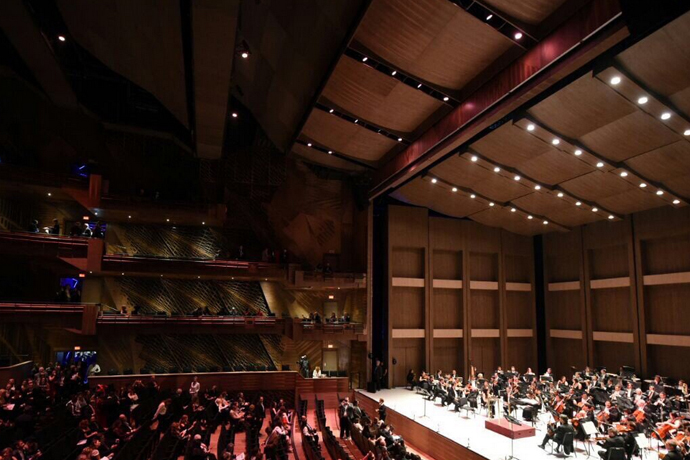 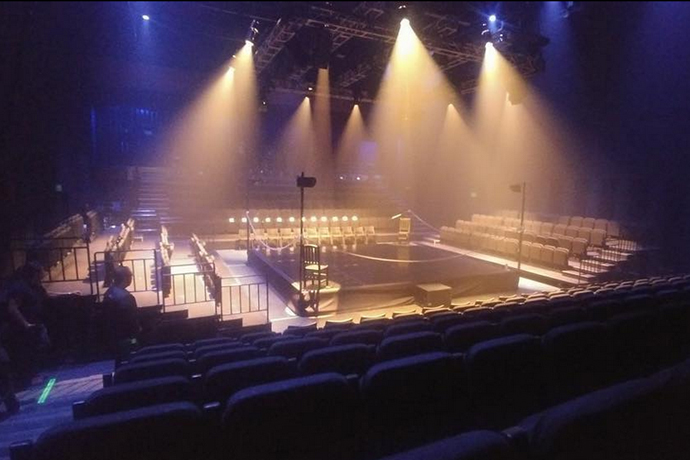