After 35 years, the Tony-winning DCPA Theatre Company needed a renovation of The Space Theatre—a 550-seat, theatre-in-the-round—to improve performance flexibility and intimacy. We reduced the orchestra-level seat count and simplified the balconies into one lower gallery, increasing audience-performer intimacy.

The theatre’s seating was replaced and the five seating banks were upgraded with demountable platforms that can be removed to create additional staging areas. Over each of the five seating banks, stage manager positions were added so the production team can call a show from any side of the room. The theatre received new lighting, dimming, and data infrastructure, A/V upgrades, quieter HVAC systems, improved acoustic isolation, and re-routed audience circulation. The Space Theatre’s lobby that was previously shared with another theatre was redesigned into a distinct individual space including new and larger restrooms. 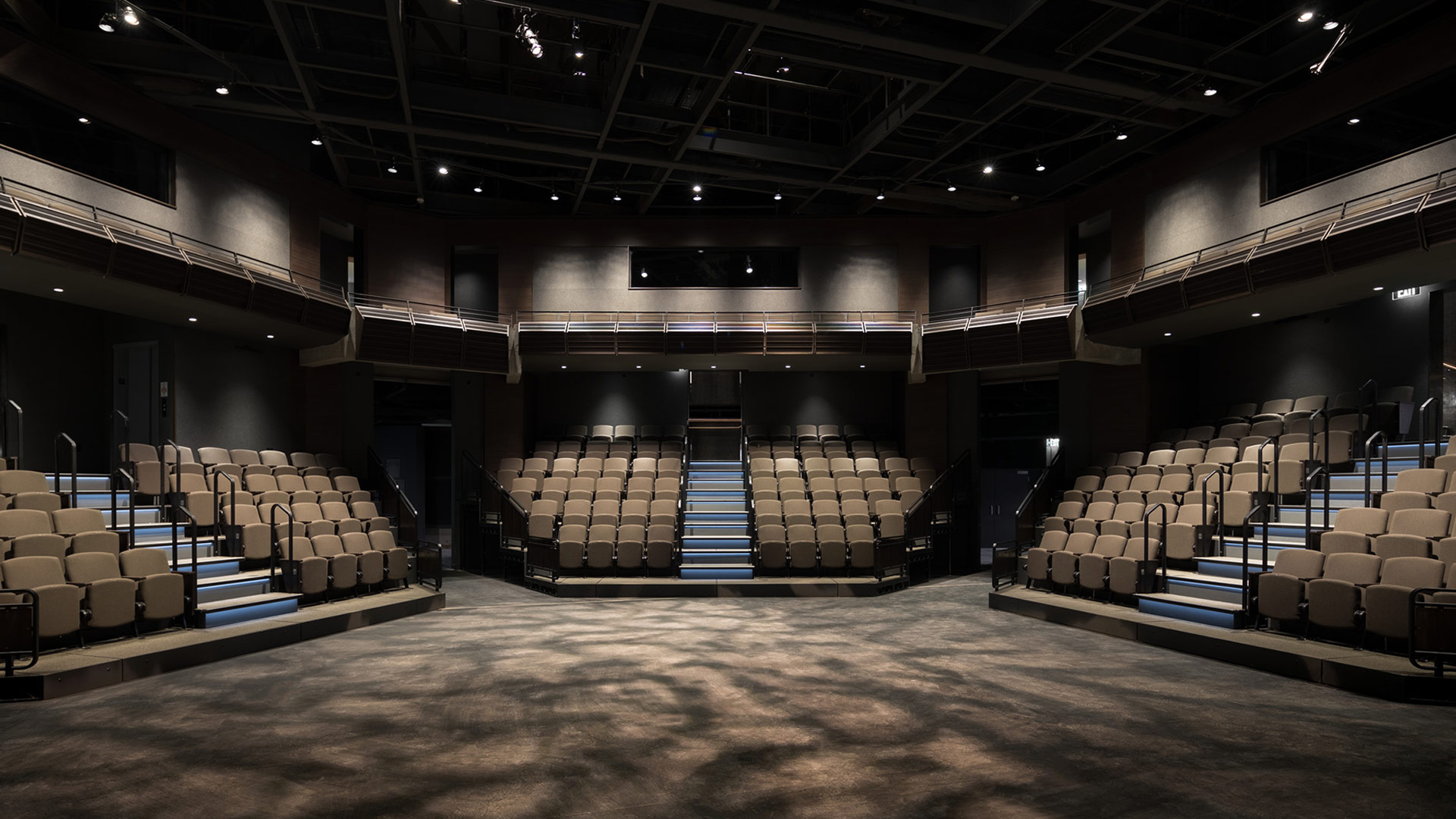 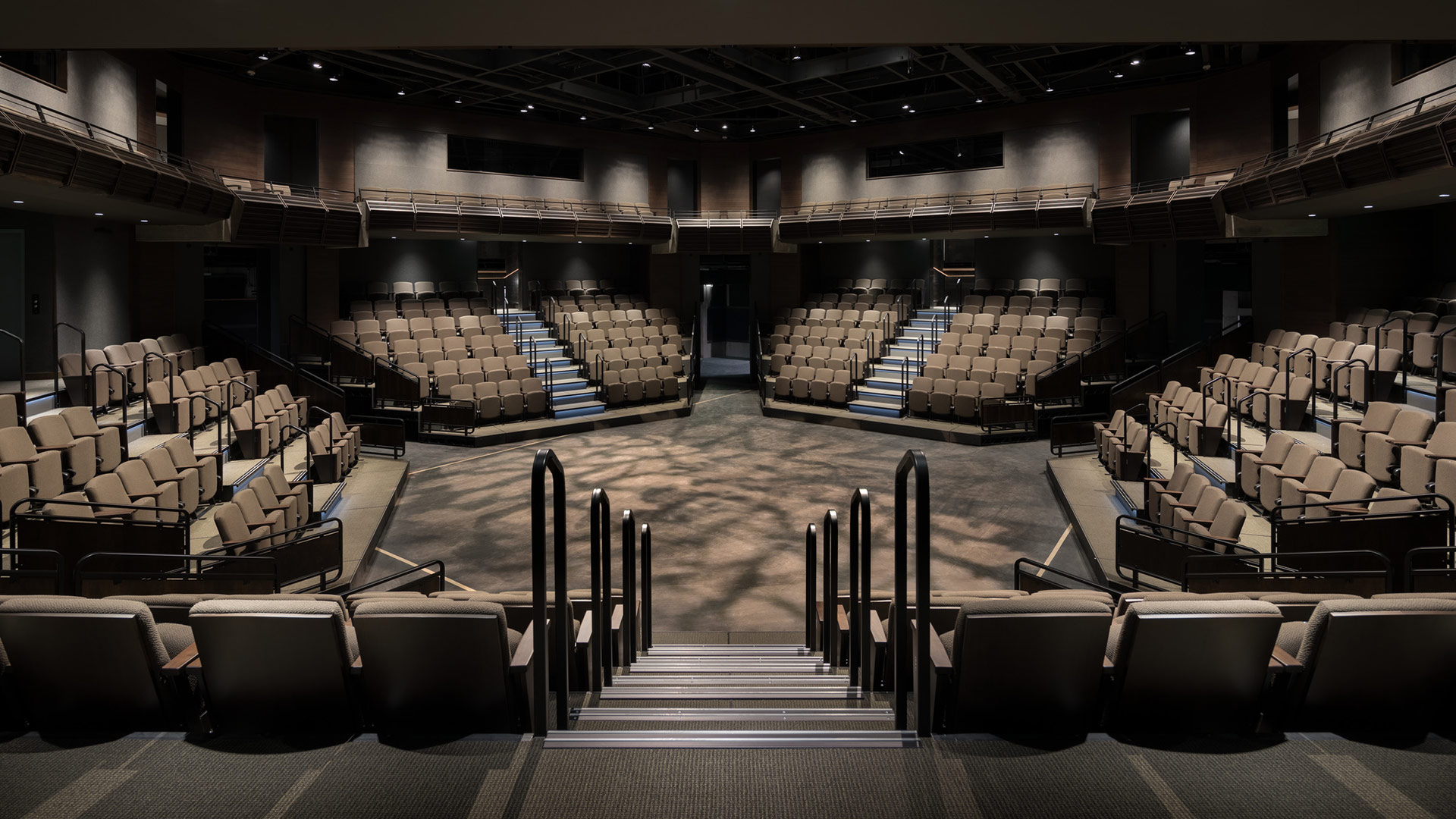 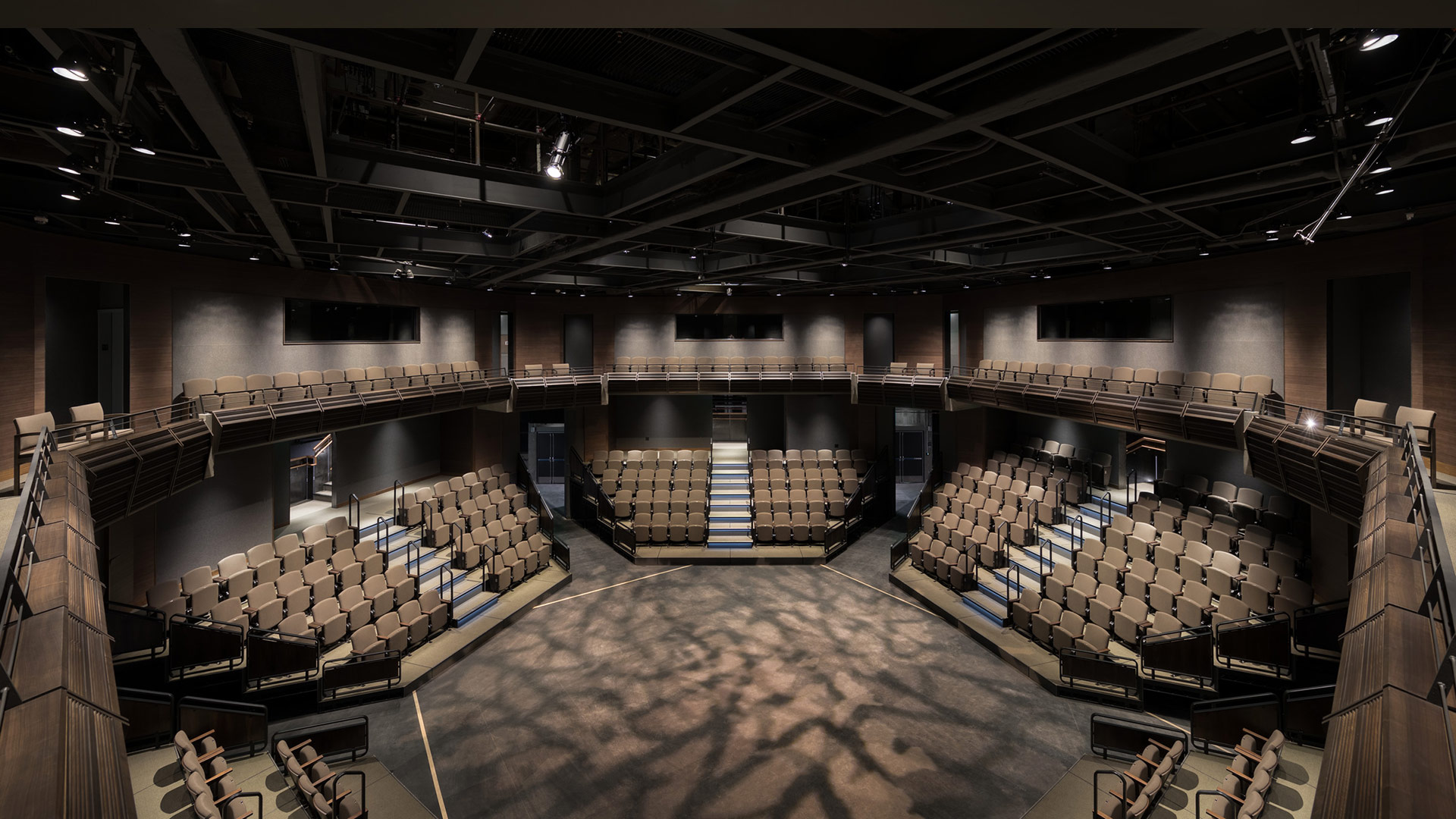 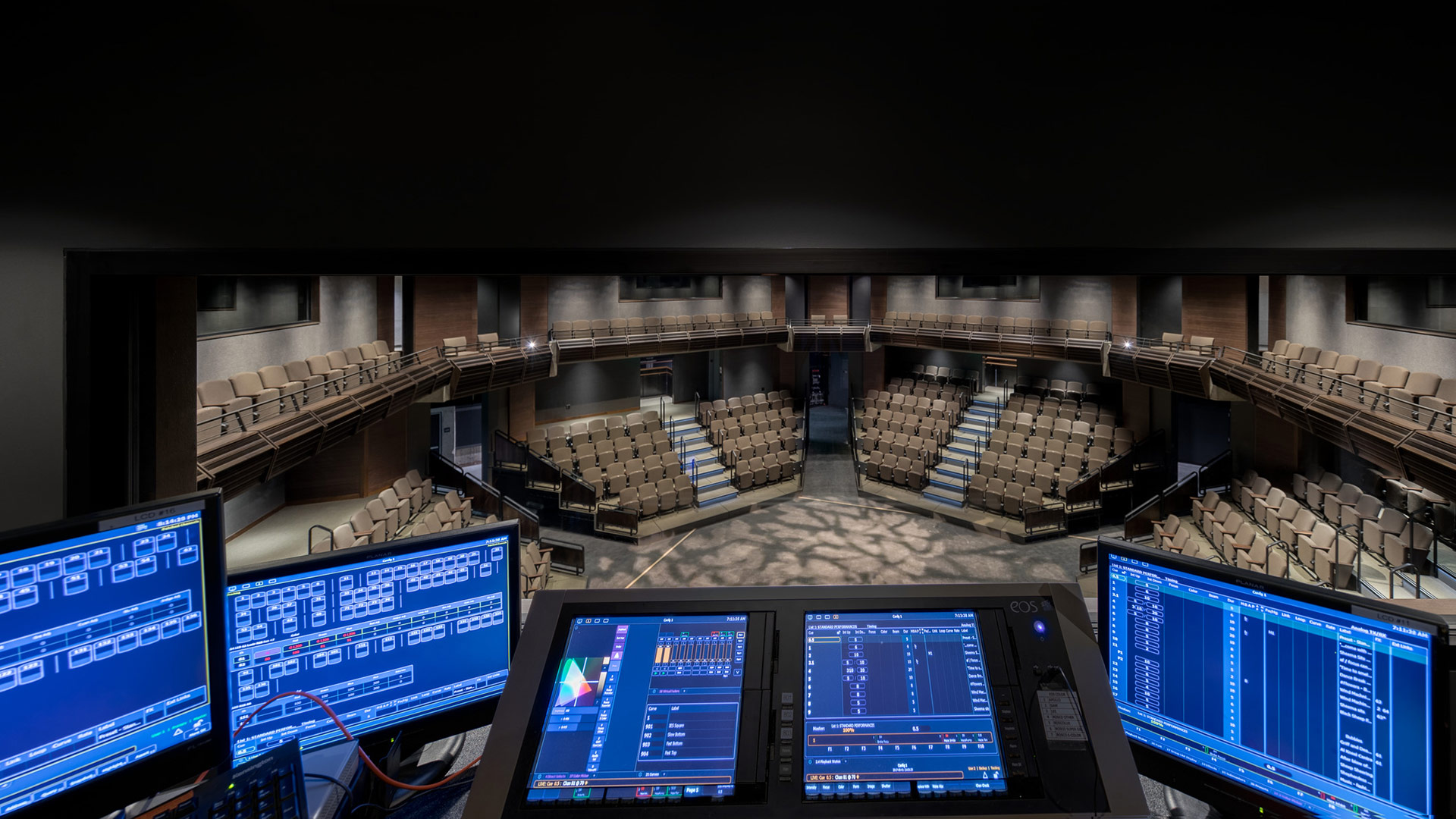 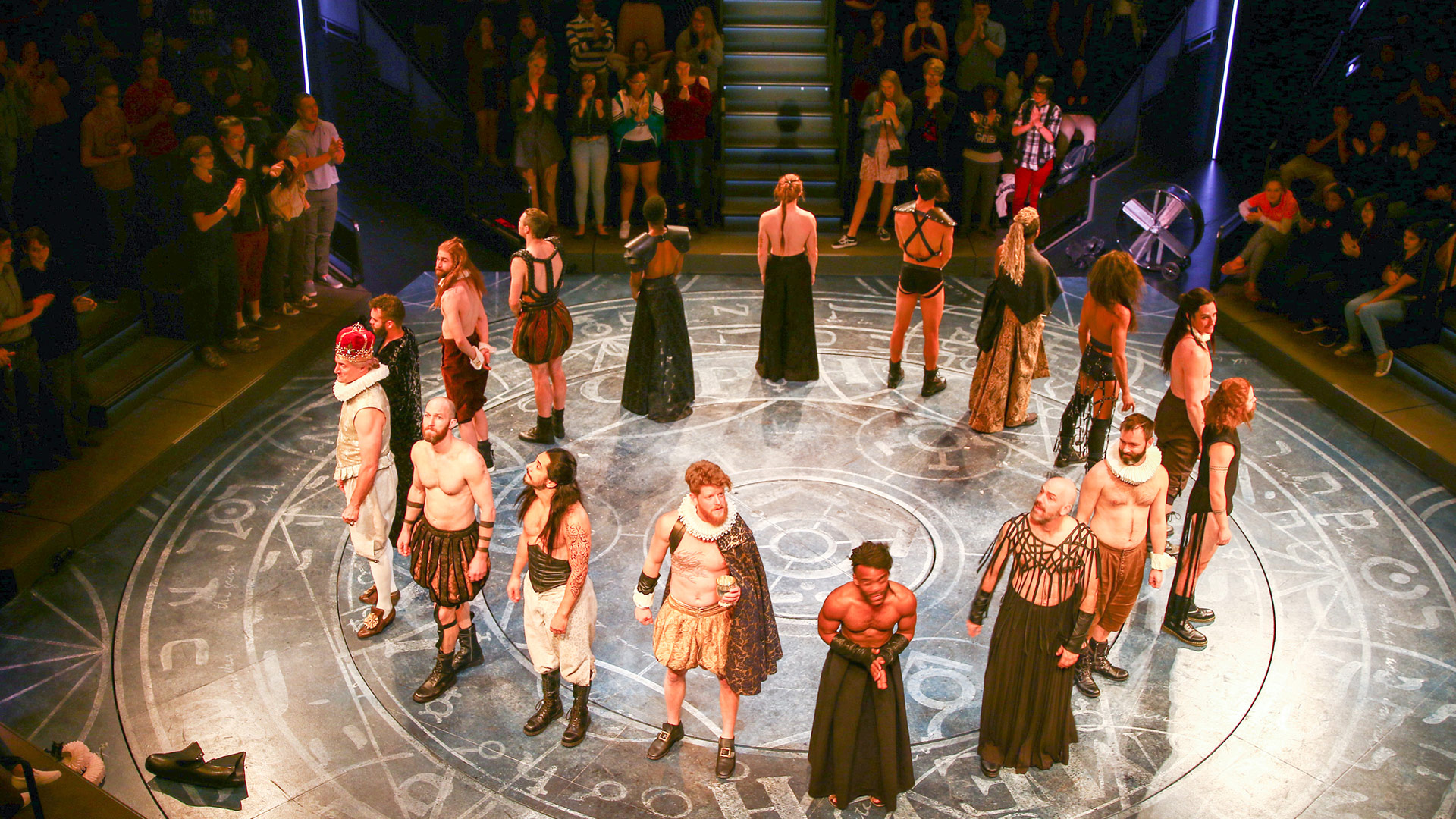 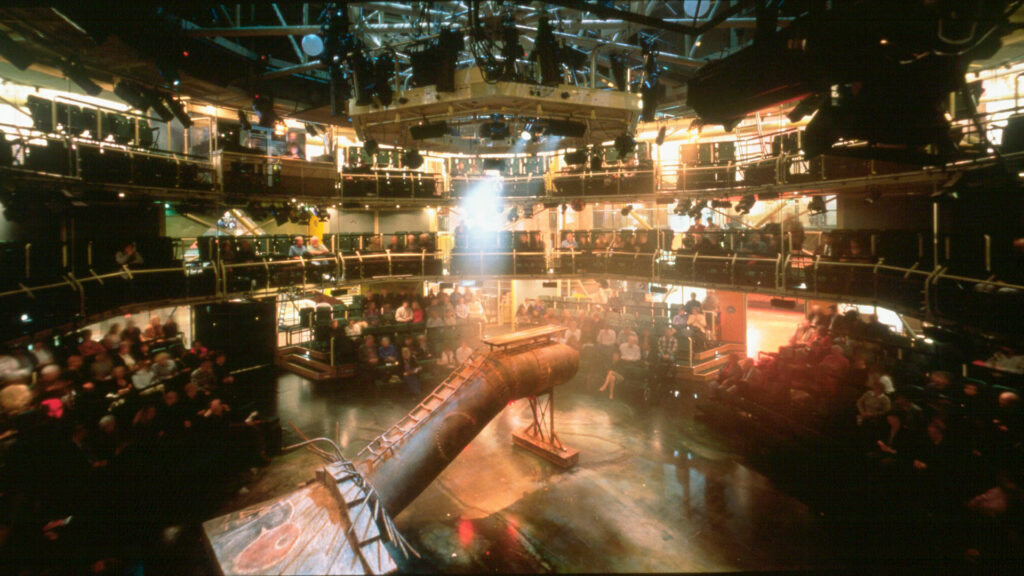 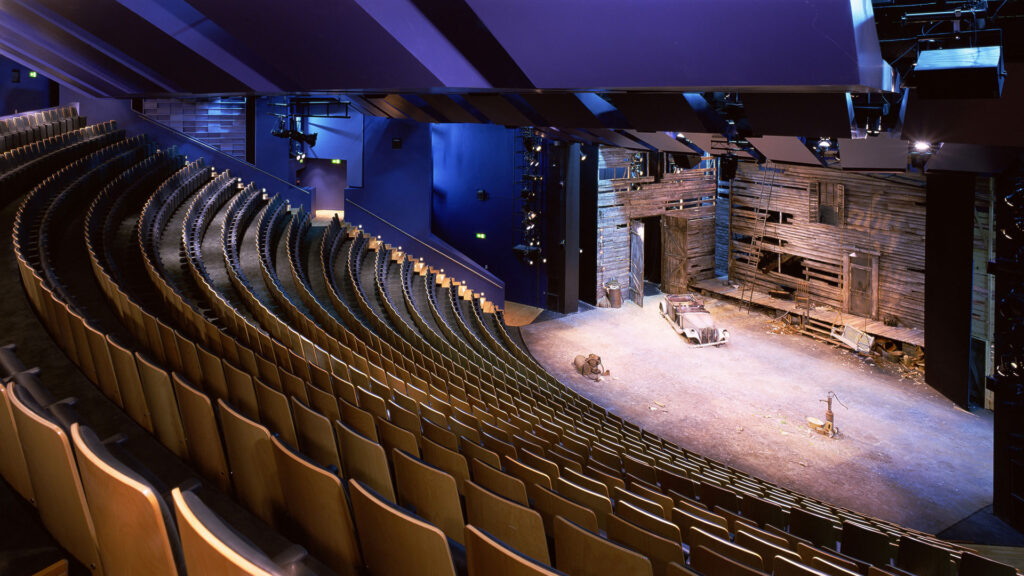 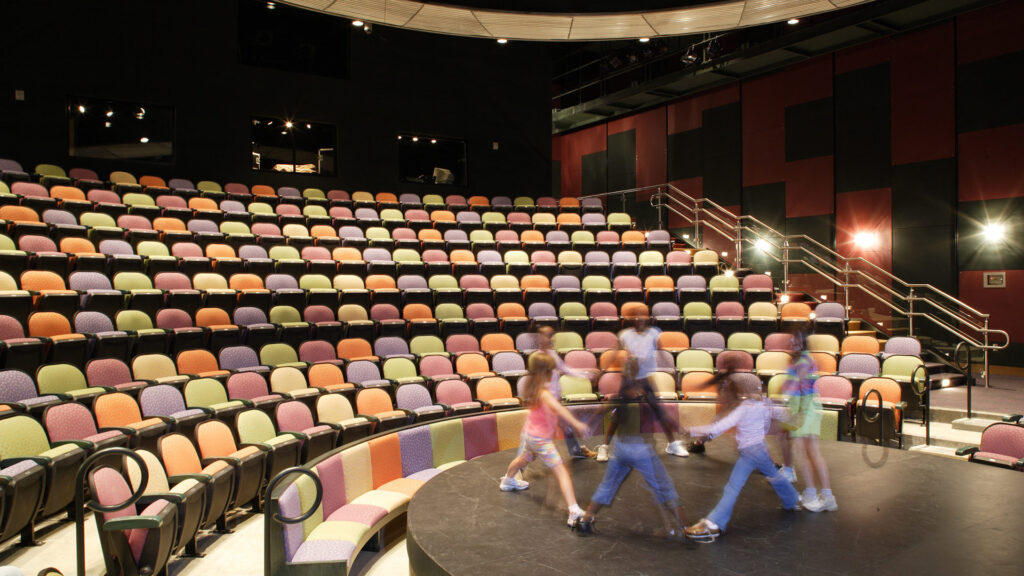