Over four decades of use, Nicholls State University’s Mary and Al Danos Theater in Thibodaux, Louisiana, had only seen modest upgrades and equipment replacements since it first opened in 1969. But following an extensive renovation to the venue’s seating, flooring, rigging, stage, lighting, and A/V components, the theatre has been brought into the 21st century. And with it, a new world of artistic possibilities has opened for the university and its theatre and music departments.

A collaboration between Theatre Projects, architect Eskew+Dumez+Ripple, and acoustician Akustiks, the $6.7 million renovation of Talbot Hall addressed not only upgrades and modernization of the Danos Theater, but also improvements to the campus TV studio, radio station, several classrooms, and other communications department facilities located in the hall.

Improvements to the Danos Theater addressed a number of audience comfort, performance flexibility, and safety issues. The primary focus of the renovations was the hall’s fan-shaped auditorium, which was reseated with new, more comfortable, and appropriately sized seats in place of dated, well-worn ones. The new seating was staggered, using variable seat widths so audience members wouldn’t be placed directly in front of each other.

The seat count was decreased from 388 to 325, creating a more comfortable and intimate audience experience with clearer sightlines. The auditorium reseating also improved accessibility for people with disabilities.

“We wanted to focus on the comfort of the patrons,” Andrew Hagan, project manager, said. “We wanted to make the experience of seeing shows there much more enjoyable and make sure the theatre department had more freedom in how they used the space.”

The theatre’s antiquated stage lighting system was replaced with modern dimming and relay control systems and an Ethernet lighting network. Theatre Projects designed the new lighting infrastructure to work with both the new state-of-the-art, energy-efficient LED lights that we specified, and the university’s current stock of incandescent lights.

The Danos Theater’s deteriorating counterweight rigging system was ripped out and replaced with a complement of motorized battens and a centralized control system. Over the audience, a pipe grid now joins the pre-existing set of catwalks, creating a broad range of rigging options.

“The entire room is safer, it looks better, and there’s a whole slate of new toys that will open up a world of possibilities that they never had before,” Andrew said. “They’ll be able to do so much more, and do it so much more easily.”

To make the Danos Theater a more viable venue for Nicholls State’s music department, including choral and symphonic groups, the theatre was outfitted with an orchestra shell, which includes a tip-and-fly ceiling. Akustiks, who helped design the shell, also managed upgrades to the theatre’s A/V components and additional acoustic work.

“We worked with Akustiks to make the space sound so much better,” Andrew said. “It wasn’t originally designed to be a music space, but the project team helped that component evolve and change the prospects for how the university uses the room.”

Theatre Projects led upgrades to Talbot Hall’s green room and dressing rooms, which—in addition to the theatre lighting, seating, stage, and rigging upgrades—have helped to make the 73,000-square-foot Talbot Hall an infinitely more functional, comfortable, and versatile facility for audiences and performers alike. Thanks to that increased theatrical flexibility, the theatre department can stage more dynamic and ambitious works at a greater pace with less effort, benefitting young actors, university staff, and audiences.Aside from building a more functional theatre, the university’s over-arching renovation goals were to create more inviting gathering spaces, instill a stronger sense of community, and attract more students and citizens of Thibodaux to Talbot Hall. With those things in mind, Talbot Hall’s lobby and entranceway were redesigned as more inviting areas.

“The Danos Theater isn’t just a great performance space,” Andrew said. “It’s an asset for the whole region. It will strengthen the connection between the college and the city, and between the students and the people living in the community.” 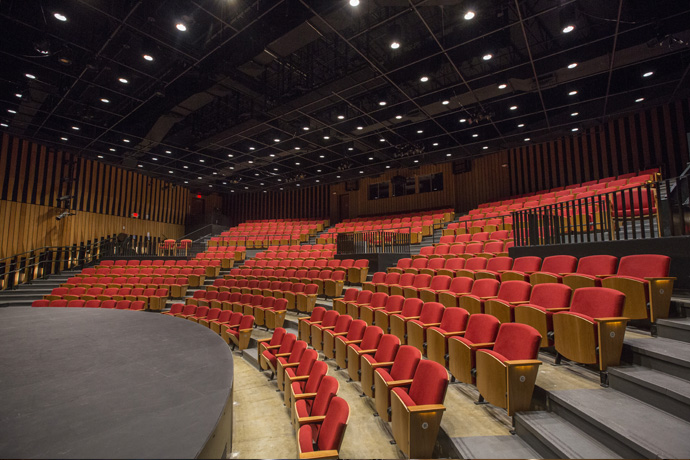 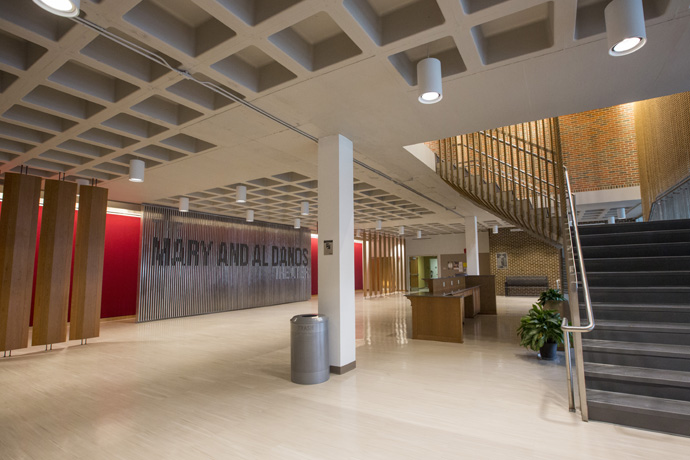 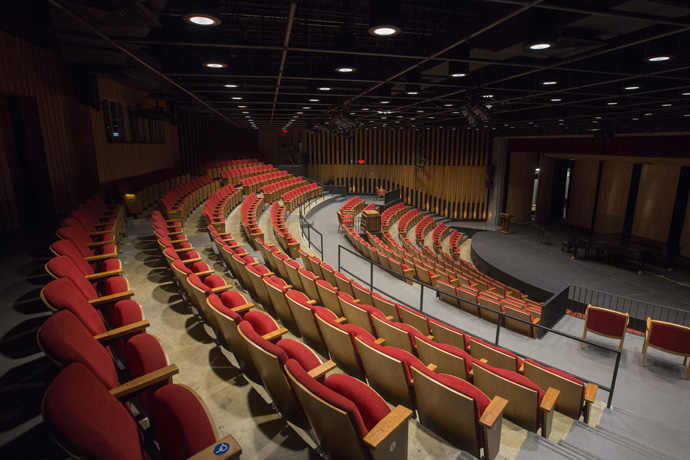