In 1979 the newly formed Denver Center Theatre Company was in need of a small, versatile theatre to complement their primary 788-seat performance space—The Stage Theatre. Associate artistic director and scenic designer, Richard Hay, took an existing black box theatre in the Denver Center and within it, he designed a theatre-in-the-round with five seating banks and three levels of balconies. The 550-seat venue was named The Space Theatre (after the spare space from which it was created) and the Denver community quickly fell in love with the intimate and dynamic theatre.

The Space Theatre—the makeshift answer to a theatre company’s search for a smaller venue—was so successful and resonated so greatly with the public that it remained virtually unchanged for over 35 years. But after more than three decades and some 400 productions, the theatre needed improvements to its audience amenities, performance infrastructure, circulation, code compliance, and accessibility.

Theatre Projects and the design team set out to address those and other issues—improving the infrastructure, equipment, seating, circulation, amenities, and support spaces—while retaining everything that was beloved about the theatre, including the intimacy and the audience interplay created by the arena form.

Theatre Projects worked closely with the Denver Center for the Performing Arts, including the resident scenic designer and production manager, to increase the flexibility of the theatre while maintaining the essence of the room. Striking a careful balance, the design team built in greater access, inclusiveness, intimacy, and code compliance while increasing staging and performance flexibility.

Before the renovation, three balcony levels in the theatre created distance between the audience and performers, so Theatre Projects opted to design a single balcony that wraps 360 degrees around the room. The new balcony brings the actors and audience closer together, creating a more intimate performance environment and greatly improving sightlines. To create a more comfortable and dynamic environment, the seat count was reduced from 550 to 416 and the old seats were replaced with modern chairs. Throughout the theatre, the addition of five new demountable seating platforms offers greater staging flexibility, letting the DCPA remove seating sections to make room for additional performance areas.

Prior to the renovation, The Space Theatre featured very limited control positions and stage managers could only monitor the on-stage action through a video relay system. The design team created new technical control locations—one above each of the five seating areas. Each position is capable of scenery projection and gives the stage manager a direct view of the stage, allowing them to choose the right location to call any production.

Theatre Projects designed and specified new theatrical lighting and dimming systems in The Space Theatre, as well as power and data infrastructure. The new infrastructure was designed to future-proof the theatre, providing the capability for the DCPA to use their current stock of LED lights and fully expand to 100% LED performance lighting when the time is right. In the new lobby, the architectural lighting was converted to energy-efficient LED lights.

Another important aspect of the renovation was providing The Space Theatre with its own lobby, including new and larger restrooms, previously located one floor below the theatre. Before the renovation, the design of The Space Theatre required audiences to navigate through the backstage area to reach the auditorium then fill the seating sections from the stage upward. The redesigned theatre allows patrons to enter through a new central doorway, entering the auditorium directly and populating the seats from the top down, keeping audiences completely out of the backstage zone. Theatre Projects’ programming helped establish a natural circulation pattern in the theatre and included the design of two new elevators which let any audience member easily reach the lower levels.

With the design team’s careful approach, and collaboration with The Space Theatre’s users, the redesigned room was able to honor the essence and history of the theatre and provide the DCPA with greater artistic freedom and flexibility. With ground-breaking productions, a progressive approach to dramatic works, and the intimacy of the arena form, The Space Theatre gave rise to the kinds of unforgettable productions that earned the DCPA an abundance of praise, adoration, and awards. Now, with a venue that has even more intimacy, flexibility, comfort, and accessibility, the DCPA Theatre Company can look forward to many decades of producing ground-breaking plays, inspiring audiences, and providing Denver with extraordinary performances. 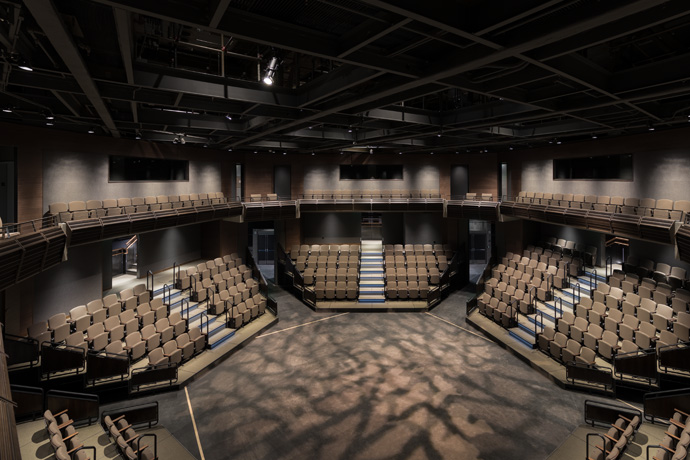 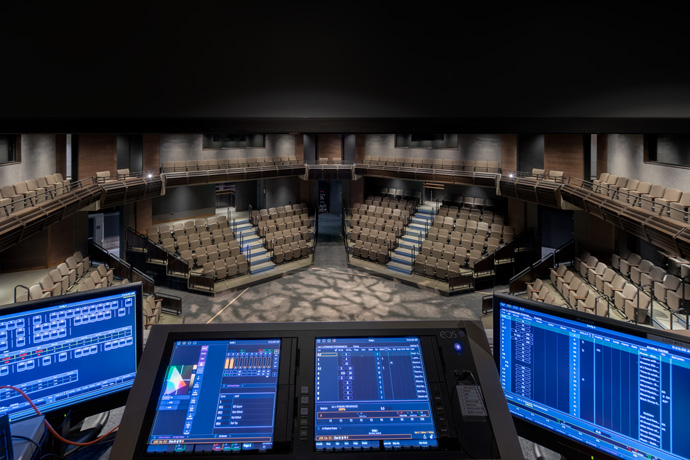 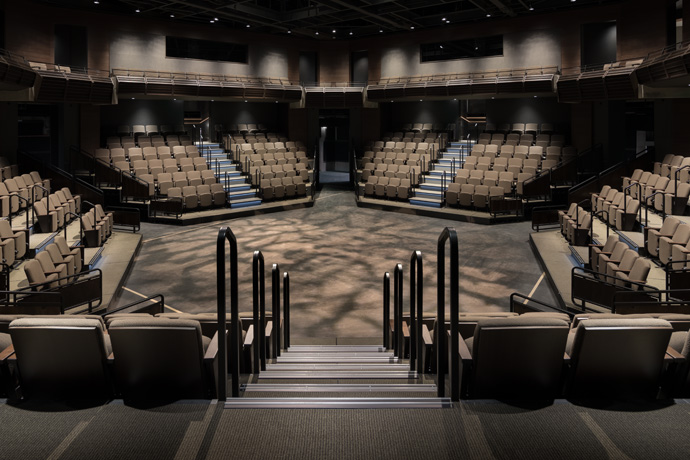