Congratulations to the Dallas Theater Center, who will receive the 2017 Regional Theatre Tony Award this Sunday night! The prestigious honor is awarded each year to a regional theatre company in recognition of a group’s innovative, exceptional productions and civic contributions. The Dallas Theater Center (DTC), which was founded in 1959, is one of the country’s oldest regional theatres and has been credited with prompting a sea change in Dallas’ cultural landscape and influencing the whole of American theatre. The honor recognizes the company’s commitment to producing new, groundbreaking, and thought-provoking works, their continued commitment to community engagement, and their “utilizing of space in surprising ways.”

The “space” in question is the Dallas Theater Center’s new home, the Wyly Theatre at the AT&T Performing Arts Center, which opened in 2009. Theatre Projects is proud to have helped design the Wyly Theatre as a versatile, flexible, and breathtaking facility, and we’re excited by the imaginative ways the Dallas Theater Center has made use of the one-of-a-kind building.

We began working with the Dallas Theater Center in 2005, envisioning a new home for the venerable company. At the time, the group’s facility boasted flexibility, but the company found that the promised adaptability proved too expensive and time-consuming to take advantage of. The Dallas Theater Center came to us looking for a new facility that would offer the flexibility to give them unrestricted creative opportunities. Collaborating with the design team, we worked to create an exceptional facility that allows the company to arrange the performance space in a variety of configurations depending on their artistic needs. The Wyly Theatre features advanced rigging, platform, lift, and turntable designs so the space can be arranged for up to 600 seats in proscenium, thrust, arena, traverse, or flat floor arrangements. Entire seating sections, and even the proscenium, can be lifted out—stripping the room bare for dance parties and banquets, or building it back up to fill the house for the run of a production. The design of the 75,000-square-foot building organizes the support, event, and public spaces vertically, rising 12 stories into the Dallas skyline.“The Wyly has absolutely changed our company, how we think about our work, and how we think about what is possible for us,” said Kevin Moriarty, Artistic Director of the Dallas Theater Center. “Winning the Regional Tony Award is thanks in large part to the Wyly Theatre and how it has expanded the range of things DTC can dream and do.”

The Tony Awards will be broadcast live from Radio City Music Hall, on CBS television network on Sunday, June 11. 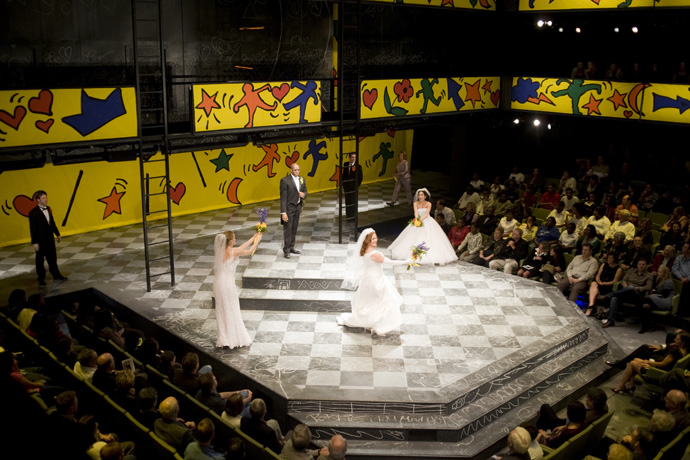 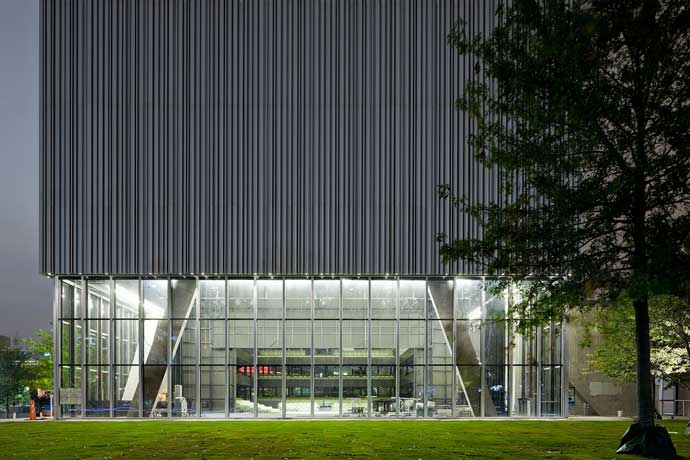 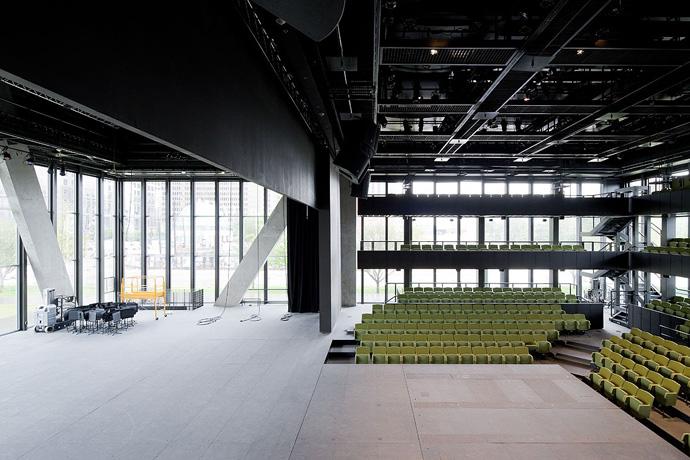