Michael has long admired our work at Theatre Projects, saying “I’ve been lucky enough to have crossed paths with many of the Theatre Projects team over the years and was always impressed with the people, the breath of projects, and the quality of work. I’m excited to now have the chance to apply my knowledge and gain new experiences as part of Theatre Projects’ team.“

He joins us from Nautilus Entertainment Design, where he was vice president and principal consultant, working on both maritime and land-based design projects. He’s also previously worked for JR Clancy and ShowTech, where he designed mechanical systems for both live productions and permanent facilities, and he’s freelanced as an audio designer for television and movies as well as a video/lighting technician. So, he brings a great all-round knowledge of theatre planning, design, and technology—and he’ll be able to use that expertise to benefit our clients and their users.

He’ll be working on a variety of space types in his new role at Theatre Projects, all while bringing his unique specialism to our team—the planning and design of entertainment and event spaces for cruise ships. And in addition to project management, he’ll also be doing some theatre equipment and audiovisual design work, as well as helping with business development.

Michael loved working in the maritime industry and is proud of his work for many long-standing clients in that sector, but he explains that he’d like to be involved in more traditional performance space design as well. “Over the last several years, my focus has been working on large, complicated entertainment projects within the cruise industry, which was a great way to combine my love of theatre and the sea,” he explains. “It was an unbelievable experience that allowed me to grow in many directions that I never would have thought possible when I began in the industry. But I saw so many interesting and innovative facilities under development outside of the maritime sector that I wanted to find a way to achieve a better balance between the types of projects in which I was involved. I missed being involved in more traditional theatrical projects, so I’m delighted to have a new role where I can do both.”

Our general manager, Daniel Ordower, adds “Adding Mike to the Theatre Projects team is an amazing stroke of luck for us. He’s the epitome of the Theatre Projects brand—curious, client-centered, and with a wealth of knowledge and expertise. We’re looking forward to continuing our growth with Mike’s help.”

But there’s much more to Michael than his experience in designing entertainment facilities on land and on the water. We asked him a few questions so you can get to know him better.

Q:    You’ve recently returned to the East Coast after living on the West Coast. So, which do you prefer, Connecticut or California?
A:    Hmm, that’s tough. San Diego’s gorgeous, the climate is predictable and the beaches are unmatched. But Connecticut has so much history. It’s close to New York, Boston, and Washington, DC, so I’m looking forward to taking advantage of that. I’m also excited to experience the quintessential four seasons again…at least for now anyway!

Q:    What do you do in your spare time?
A:    Travel! My wife and I have the travel bug and explore new places whenever possible. I love sailing, scuba diving, and snorkeling too—I’m definitely a water guy.

Q:    If you could meet one historical figure, who would it be?
A:    I’d meet Harry Chapin, a singer-songwriter, philanthropist, and activist from the 70s. He was only 38 years old when he died, but had already made a huge impact in the music world. I’ve always connected with his music, and the more I learn about him, the more I like him. He lived life the way he wanted and helped many people along the way. 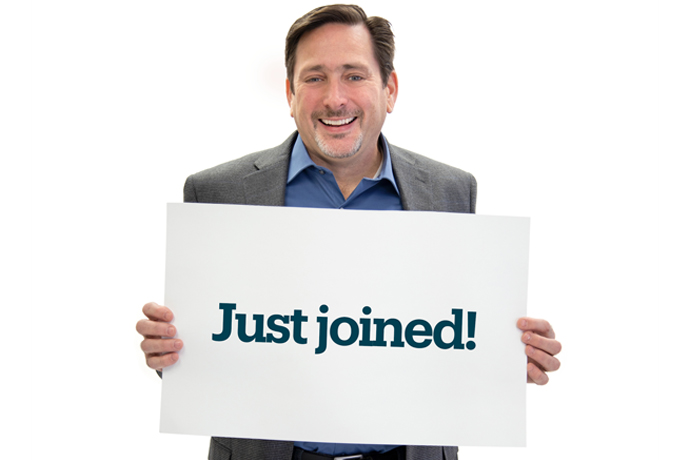