When Notre Dame Cathedral suffered a devastating fire in April 2019, the whole world held its breath. The landmark Gothic building lost a part of its roof and spire to the blaze, but the skill, determination, and bravery of the Parisian firefighters saved the main structure of the 860-year-old building as well as its two bell towers. Painstaking restoration work is currently underway to rebuild and reopen the cathedral to worshippers and visitors in 2024. In the meantime, sound artist Bill Fontana and Theatre Projects have been granted direct access to the building’s bell towers for an extraordinary, upcoming sound sculpture exhibition.

Even though they haven’t been rung for over three years, Fontana realized that the cathedral’s bells—still in situ in the bell towers—weren’t completely silent. They capture the ambient sound energy of the city, resonating imperceptibly with this bustle, echoing the distinctive sounds of Parisian life and the restoration work carried out by artisans inside the cathedral. To do this, and after having obtained the necessary authorizations from l’Etablissement Public chargé de la conservation et de la restauration de la cathédrale Notre-Dame de Paris (EPRNDP) (i.e. the French Public Organization responsible for the conservation and restoration of the cathedral), Fontana contacted Sébastien Jouan, principal of the acoustic team in Paris, with whom he has had a 15-year working relationship, asking him to become his project manager in order to help him realize his artistic vision and give a new life to the silent echoes of these bells.

To capture the resonant sounds of the bells, the Theatre Projects team needed to attach seismic accelerometers to each of the cathedral bells. Likening the accelerometers to “a stethoscope that a doctor uses to listen to a heartbeat,” Sébastien explains that these accelerometers pick up the silent echoes to create a live ten-channel sound sculpture.

Once done, the team were able to listen to the sounds they were making. Fontana says, “it was a really magical moment to hear these sounds for the first time! It just goes to prove that, after the fire, the Cathedral and its bells weren’t dead; merely sleeping.”

Theatre Projects dealt with all the logistical and technical elements in installing the accelerometers, including working in partnership with EPRNDP for the work, commissioned by IRCAM/the Georges Pompidou Centre. Our other partners for the installation were HBK, the company that provided the accelerometers, and French telecommunications giant Orange, who helped transmit the sounds of the bells using fiber optic cables live to the Pompidou Centre. This work was also coordinated with Southern and Partners and National Geographic photographer Tomas van Houtryve to visually document the installation work.

The Silent Echoes: Notre-Dame sound sculpture was commissioned by IRCAM/Centre Georges Pompidou and will be premiered on the 5th floor terrace at the Centre Pompidou, facing the two bell towers of Notre Dame, from June 8 through July 2. Following that, the installation will be presented at IRCAM’s newly refurbished Espace de Projection (EsPro) in Autumn 2023.

Fontana will also bring the sound sculpture to other international locations such as the Istanbul Art Biennale and to Le Louvre Abu Dhabi later this year. 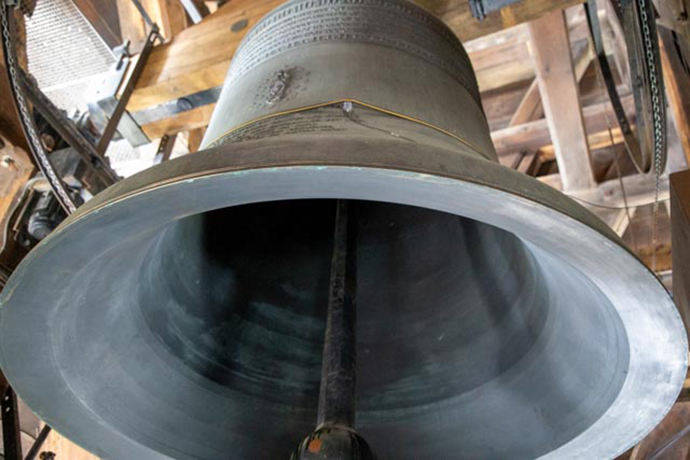 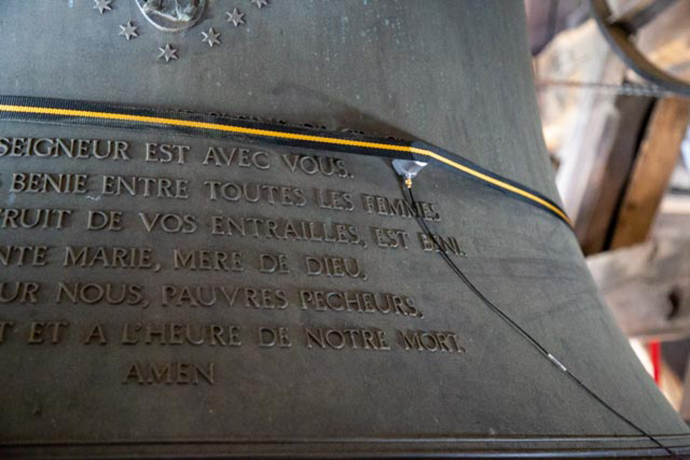