We’re thrilled to announce that David Staples has been awarded the International Citation of Merit by the International Society for the Performing Arts (ISPA). The award recognizes “a unique lifetime achievement which has enriched the international performing arts.” The award was presented by Benson Puah, CEO of The Esplanade in Singapore, on January 11 at the 2018 ISPA Congress in New York.

ISPA selected David to receive the award in recognition of his distinguished career as a theatre consultant. For over 40 years, he has planned theatres, concert halls and opera houses in some 67 countries.  David has advocated for arts organizations, jump-started projects, and drafted design competitions for more than 200 theatres, opera houses, concert halls, and other cultural facilities. As a project manager and arts advocate, he’s been instrumental in the design of some of the world’s most recognizable venues including the Oslo Opera House (Norway), Dubai Opera (United Arab Emirates), Portland’5 Centers for the Performing Arts (Oregon), Esplanade – Theatres on the Bay (Singapore), Royal Opera House Muscat (Oman), and The Lowry (Salford, England).

“I have been a member of ISPA for over 37 years. It is an astonishing collection of leaders in the performing arts world,” David said. “To receive this award and acknowledgment from ISPA is an extraordinary honor and privilege.”

David has significantly impacted international theatre and arts management communities. His approach to his work, David said, is “to enjoy working as part of creative teams—client, architect, and consultants to plan, design, and construct theatres that are relevant and appropriate for their city and culture.” By following his own advice David has had a stellar career, including an impressive body of work with over 86,000 theatre seats created.

This lifetime achievement award is David’s second ISPA honor. In 2007 he was awarded the Patrick Hayes Award, which recognizes ISPA members who have “demonstrated a transformative leadership in the performing arts.” The only other person in the history of ISPA to win both the Patrick Hayes Award and the International Citation of Merit was Theatre Projects’ own Tony Field.

Congratulations, David!  No one deserves this more than you! 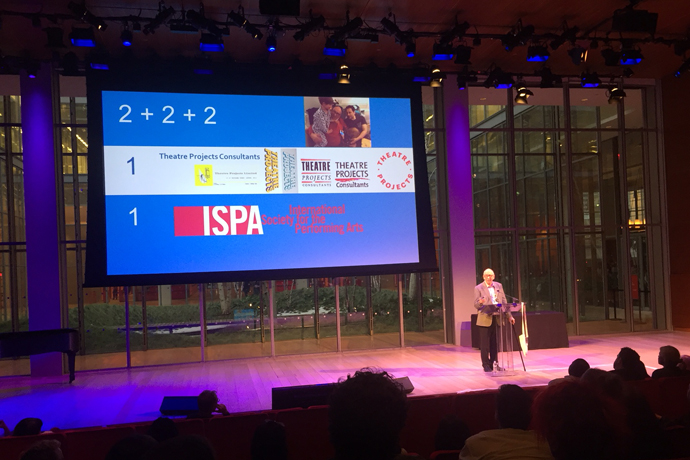 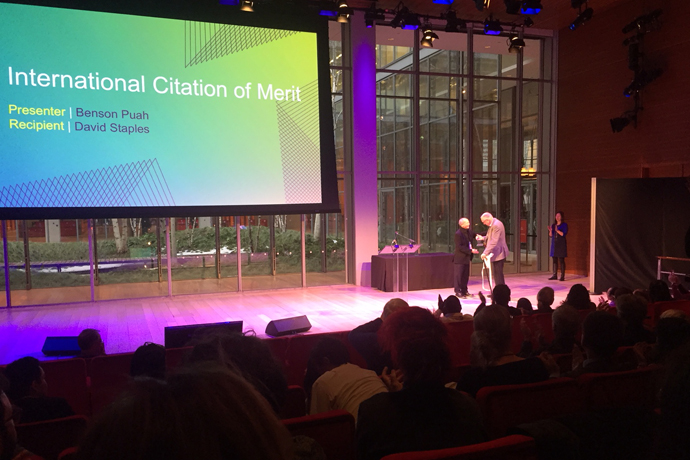