Theatre Projects Founder Richard Pilbrow and one of our favorite thrust theatres, University of Virginia’s Ruth Caplin Theatre, are being honored this week at the 2018 United States Institute for Theatre Technology (USITT) Conference and Stage Expo in Fort Lauderdale, Florida.

In honor of his distinguished career, Richard will receive the 2018 Joel E. Rubin Founder’s Award, which recognizes his 60-plus years in professional theatre as a stage lighting designer, producer, and of course, theatre consultant. Over the decades, Richard has helped shape the look of theatres across the globe, and in doing so, shaped the nature of production and the theatre-going experience. According to USITT, the award recognizes “an outstanding career in the professional theatre and for his generous and continued service to USITT for more than a half century.“The award is named in honor of Joel E. Rubin, PhD, co-founder and former president of USITT, whose credits and accomplishments include founding member of the International Organization of Scenographers, former president of Theatre Architects and Technicians, member of the College of Fellows of the American Theatre, and a fellow of the American Educational Theatre Association.

“It’s an incredible honor to receive this award,” Richard said. “Dr. Rubin played a significant role in jump-starting my early career. But the even greater honor has been the generosity of the incredible people of USITT, who I’ve been so blessed to collaborate with and learn from over so many years.”

University of Virginia’s Ruth Caplin Theatre is an incredibly beautiful and versatile performance space, gracefully tucked into a sloping hillside on UVA’s Charlottesville campus. In recognition of its elegant design, the theatre will be awarded USITT’s highest citation, the Architecture Honor Award. We collaborated with William Rawn Associates and Threshold Acoustics on the 310-seat thrust theatre, which features a remarkably intimate and immersive audience-performer relationship.

The design of the Caplin Theatre encircles the performers with the audience, creating dynamic and impactful experiences for audience and actor alike. A glass facade stretches across the back wall of the theatre and a set of automatic blinds can lower to black out the theatre for performances or open to flood the theatre with sunlight. Additional elements like a sprung floor, high–definition projector, custom circular catwalks, state-of-the-art light system, and a retractable screen make the theatre a versatile playground for creativity and performance.

“The unique asymmetrical and democratic seating arrangement of the Caplin Theatre creates a feeling of intimacy, but also self-awareness,” USITT officials said. “The entire room lends itself to creative, immersive staging.”Since the theatre opened in 2013, UVA’s drama program has grown significantly in the scope and breadth of their education offerings, as well as in their attendance figures, audience engagement, production values, and their ambitions.We are incredibly proud of the work of our design team, the many accomplishments of our founder, and particularly, for the joy and expression that our theatres foster and elicit for young actors and artists.

The USITT Conference and Stage Expo runs from March 14 to 17 in Fort Lauderdale and includes more than 300 educational sessions, discussion panels, and product demonstrations and draws more than 5,000 performing arts professionals every year. 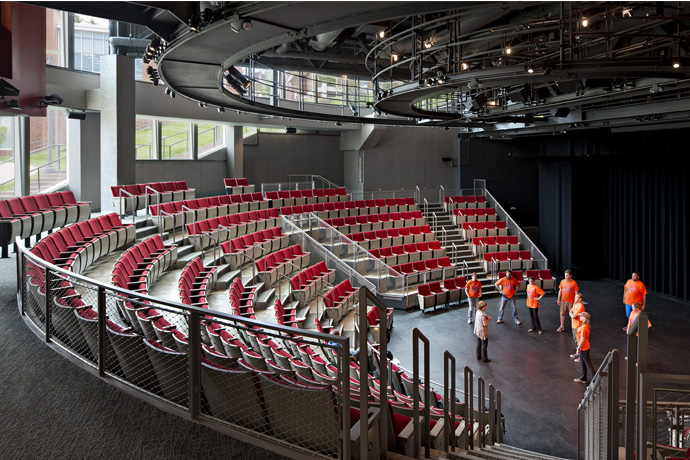 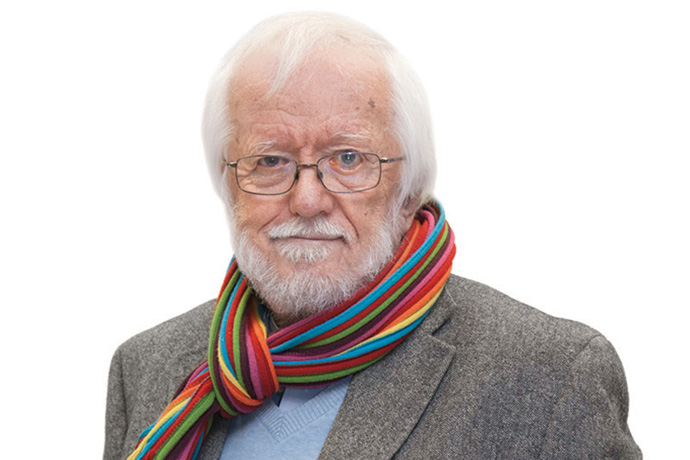