On the 60th anniversary of the Broadway debut of My Fair Lady, Opera Australia and John Frost joined forces to honor the past and bring the beloved musical to a new generation of theatre audiences at the Sydney Opera House August 30-November 5, 2016. The show will feature our very own Richard Pilbrow as the lighting designer.

Not only is Richard the founder of Theatre Projects, but he is a world-renowned lighting designer (and self-proclaimed “world’s oldest lighting designer”), having worked on productions from Broadway to the West End and London’s National Theatre, including Our Town with Paul Newman, and Hal Prince productions of Zorba, Show Boat, and A Funny Thing Happened on the Way to the Forum. Richard was nominated for a Tony Award for his work on The Life, the Cy Coleman musical.

The Cinderella story about the Cockney flower girl Eliza Doolittle and the appealingly arrogant phoneticist, Professor Higgins, is an endearing tale that charms audiences with its warmth and vivid characters. The story also sparks some of the theatre’s most jubilant songs and witty dialogue.  The triumphant score features unforgettable numbers including Wouldn’t It Be Lovely?, On The Street Where You Live, I Could Have Danced All Night and Get Me to the Church on Time.

In 1956, Alan Jay Lerner and Frederick Loewe’s masterful retelling of George Bernard Shaw’s Pygmaliontook the world by storm. Playing the irresistible Eliza Doolittle was a young Julie Andrews, in only her second role on Broadway, a role that would catapult her into international stardom. Now, for the 60th anniversary revival, Julia Andrews has come full circle and will direct the production that launched her illustrious career.

The goal of the anniversary show—according to Andrews and the producers—is to recreate the original production in its entirety. In preparation, the production team hunted for as much information about the original as possible. They were lucky enough to be able to secure the service of the original associates of the costume designer, Cecil Beaton (John David Ridge) and the original set designer, Oliver Smith (Rosaria Sinisi), who recreated the magic of the spectacular 1956 show.  The original lighting by Abe Feder, the world’s first lighting designer, who created the stage lighting design profession in the USA in the 1930’s, provided the inspiration for Richard’s design for 2016. In the 1950’s, Feder was highly acclaimed as an innovator, and Richard’s design today utilizes the most sophisticated moving light and LED technology to bring to stunning life this classic musical. Musical direction for the revival is by Guy Simpson and sound design by Michael Waters.

Early reports of the show in Sydney are ecstatic: The Sydney Morning Herald said, the show was  “Miraculous, ridiculously beautiful,” and “Beyond world-class.” Alan Jones, of 2GBTV, said it was “A sumptuous act of recreation . . . Miss Andrews delivers a bloomin’ lovely anniversary show.” 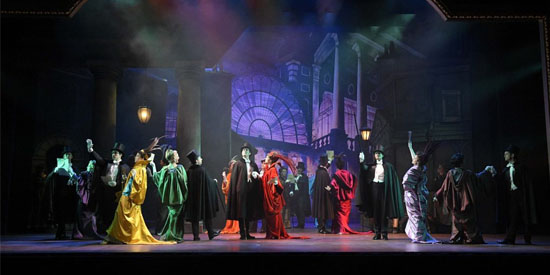 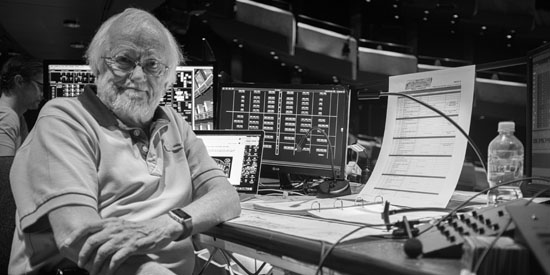