At Theatre Projects, we’ve been at the forefront of environmentally conscious design—from incorporating natural light to material and product selections that are renewable, reusable, or repurposed. In the early 2010s, we led the industry in adopting LED lighting in performance spaces, designing three of the first venues to have LED fixtures— New Orleans Jazz Museum, Kennedy Center Theater Lab, and the Whitney Museum of American Art, Susan and John Hess Family Theater and Gallery.

But now we’re thinking even bigger—beyond lighting, flooring, drapery, and windows to the buildings themselves and their carbon footprints. Like many building types, performance spaces are typically built of concrete. But cement, the main ingredient in concrete, has a massive carbon footprint. From the air pollution caused by quarrying to the chemical process used to make CO2, cement is the source of about 8% of the world’s carbon dioxide emissions, according to think tank Chatham House.

Seb Jouan, our acoustic principal, explains, “Concrete has been an ideal building type for performance spaces with both its affordability and acoustic properties, but with its carbon footprint, we, acousticians who have been asking for thick concrete walls for years, must start thinking now about alternate materials as we move towards carbon-free building in the next 20 years. So now we’re exploring a material that’s just as acoustically ideal, renewable, and one of the world’s oldest building materials—wood.” The architectural world is already changing their thinking about wooden-based buildings—the trend started with residential construction, and now is expanding to skyscrapers and cultural buildings.

We recently worked with architects Gilles Retsin and Stephan Markus Albrecht to develop a concept for the world’s first prefabricated cross laminated timber concert hall. The project was to be located in Nuremberg in the heart of Germany’s Bavaria region, one of Europe’s largest forestry regions, allowing the wood to also be sourced locally. The design used cross laminate timber (CLT) that could be manufactured as sheets in a factory and then brought to site and quickly assembled. This new technology provides for a cost effective and efficient construction method. But the challenge was how to create the acoustic isolation needed for a concert hall with CLT construction.

Typically concert hall design uses a thick and heavy concrete enclosure to ensure good sound insulation, sometimes as a box-in-box system, to isolate the concert hall from other halls in the main building or from other external infrastructure (rail and underground) to ensure quiet acoustic quality in the hall. For this concert hall, Theatre Projects developed an alternate approach where a composite wall is created from two skins of multi-layered CLT with a large air gap filled with dense mineral wool. This heavy mass of timber combined with a thick double-skin wood construction can deliver the same acoustic insulation as one thick layer of concrete.

While the concept was only a design proposal and unfortunately won’t be realized, we’re excited to be on the starting line for this new thinking and are looking forward to developing these game changing ideas. 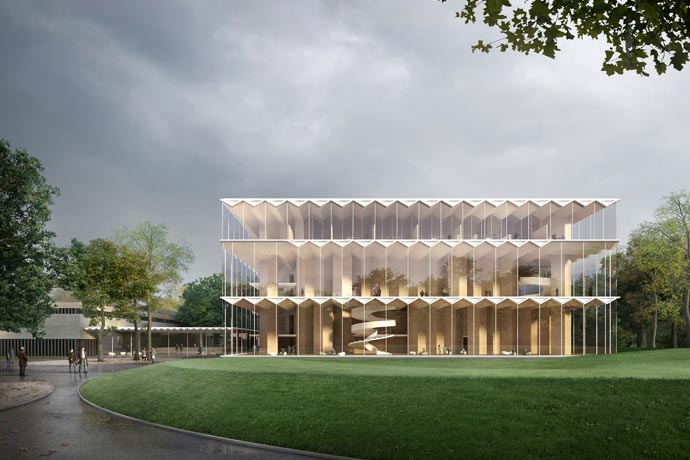 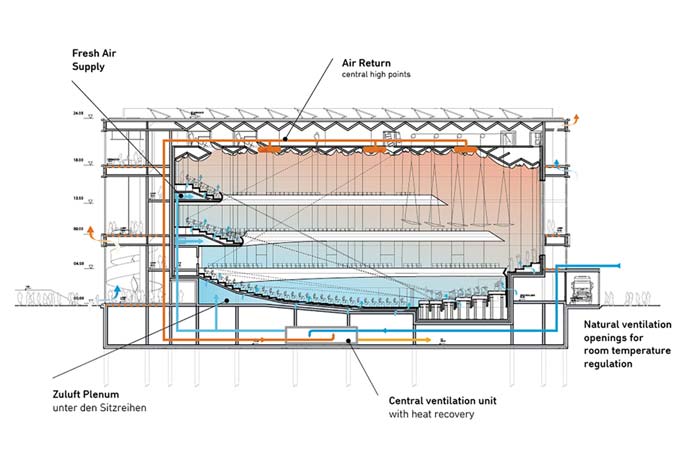 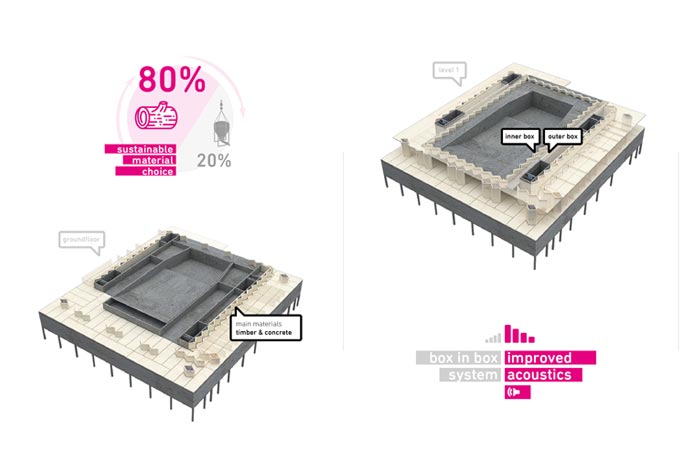 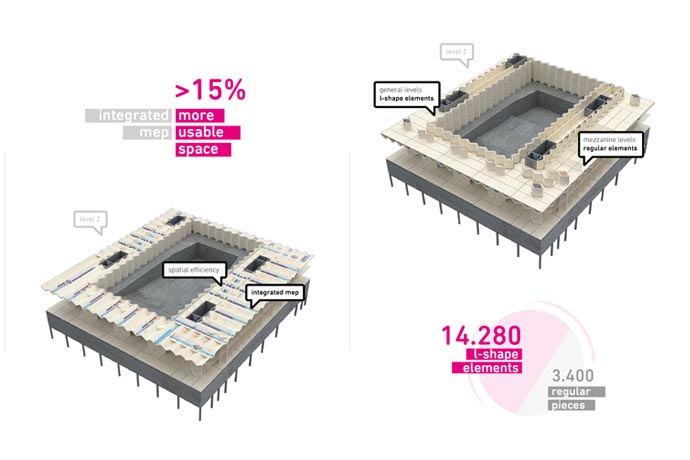