The 750-seat theatre-in-the-round is home to one of England’s foremost professional theatre companies, the Royal Exchange Theatre Company. Primarily a drama theatre, the space is also used for concerts, recitals, one-man shows, puppets, and television broadcasts.

This is a very special theatre structure built entirely within the old Royal Exchange building, a former cotton exchange built in 1921. The building was damaged by a terrorist bomb blast in 1996 and extensive work was required to rebuild and restore it. Theatre Projects and the original team of architectural and engineering firms were invited back to repair the damage, which also included the creation of a 120-seat studio theatre and the installation of the latest theatre technology. In the Great Hall lobby area, a glazed lift and pedestrian bridge were added, as well as a spectacular new lighting scheme. The facility reopened in 1999. 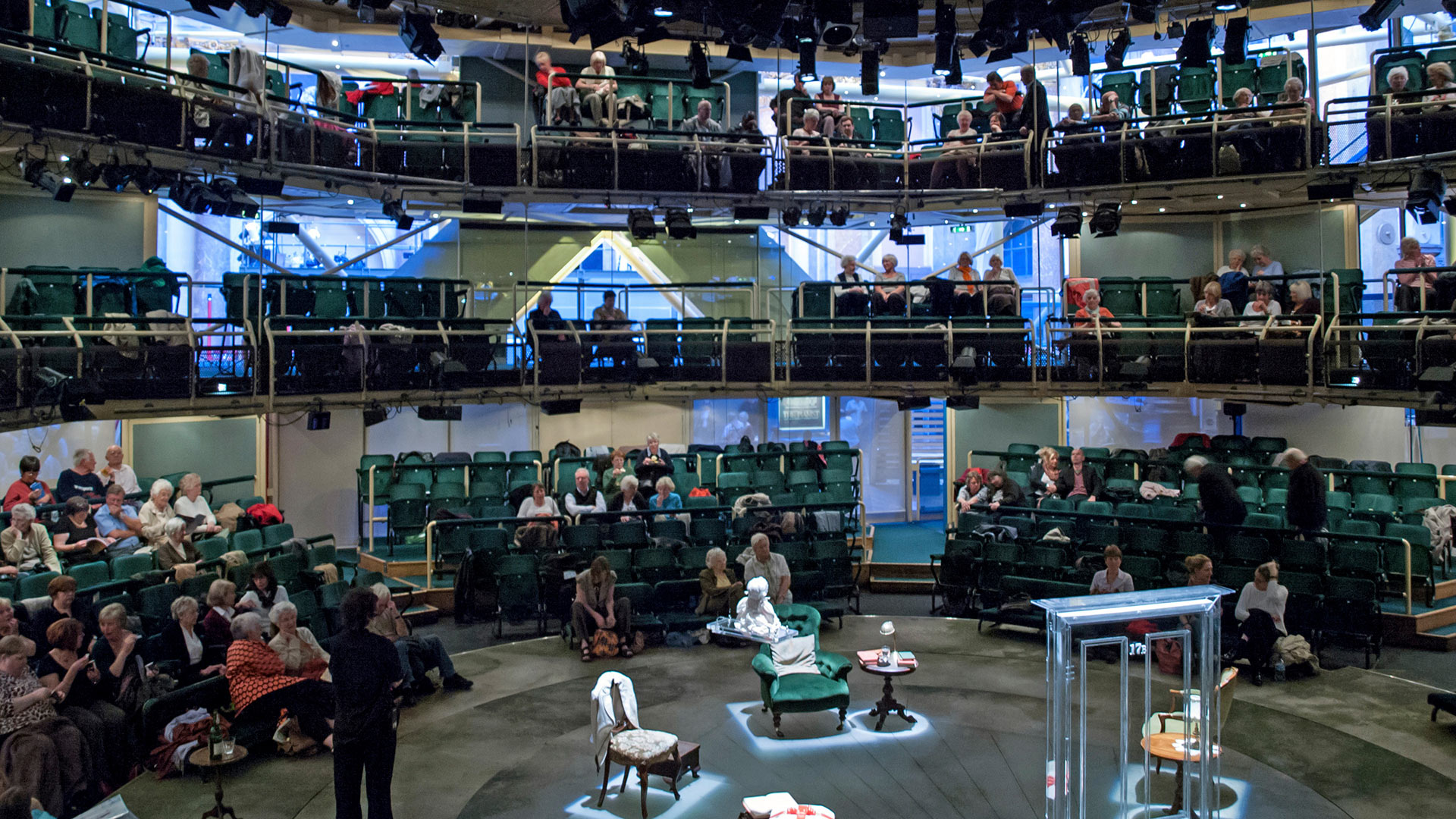 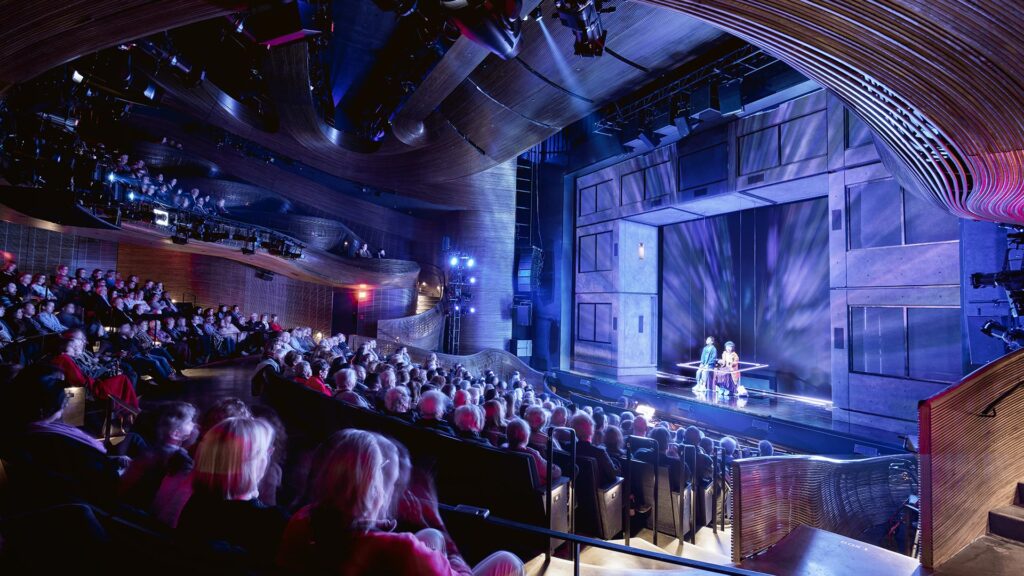 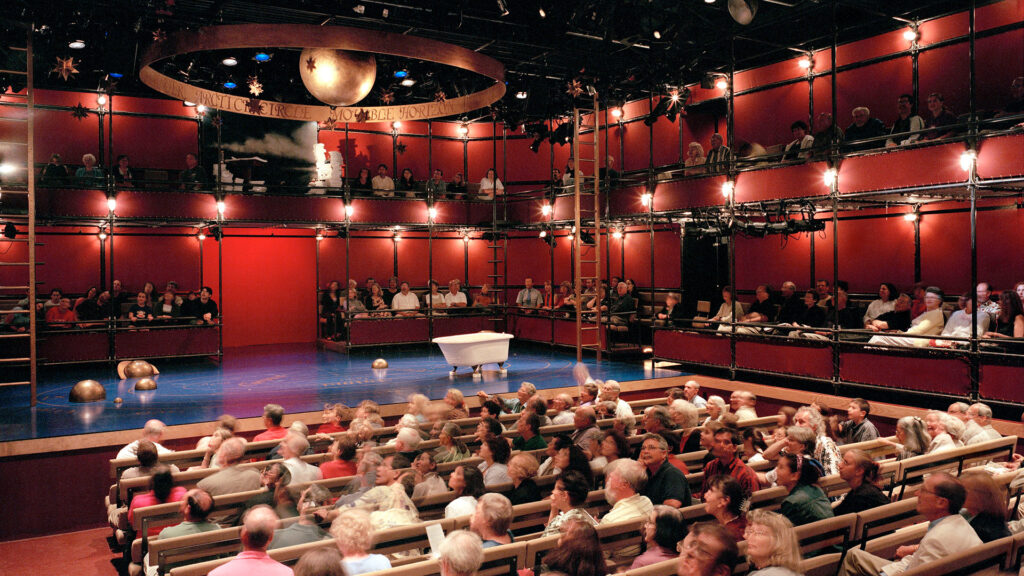 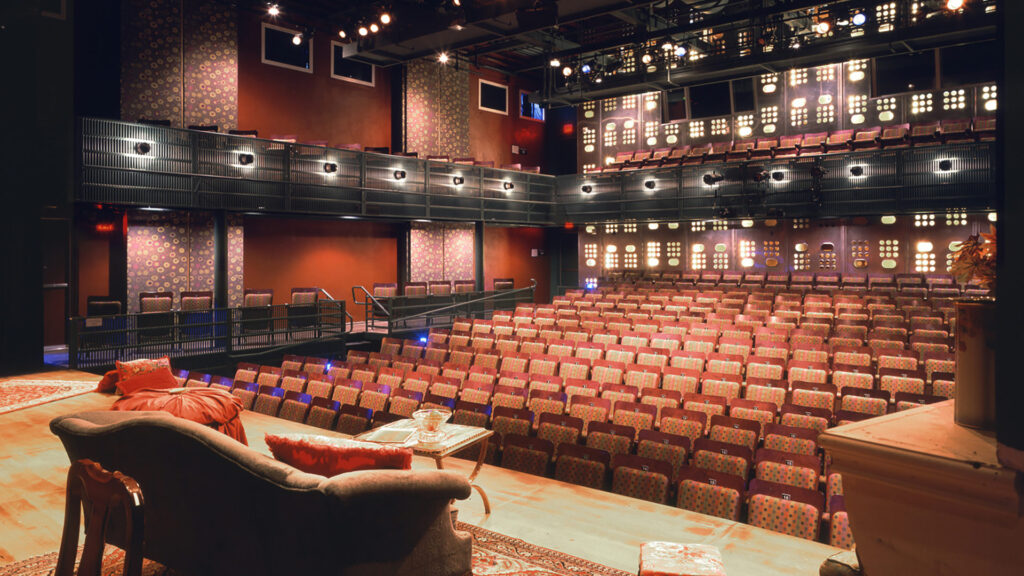